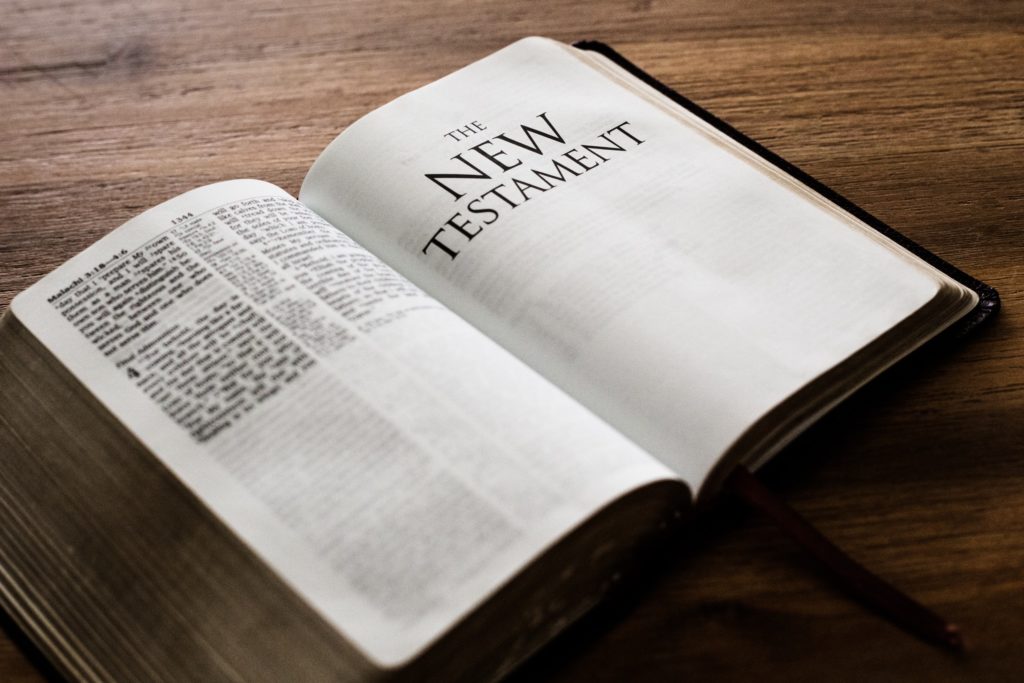 The seriousness of this historic moment has hit home this week. We’re all in lockdown and the country has come to a basic standstill. We’re officially into uncharted waters and nobody knows how long it will last or exactly what the fallout will be. But one thing we can be sure of is that this is not going to be an easy year.  Many of you have already felt the impact. Your livelihood is threatened. You’ve lost income, or worse – your job. There is also the constant fear of infection and death hanging in the air. As a consequence, people feel uncertain about the future. You feel frightened and anxious about what’s happening and by what might still happen. I want to address that this morning.

I think as we go into the first week of this lockdown, there are two things you need to consider that will help you think right in a world that’s going wrong very quickly. I believe these two things will help to sustain you in this hour of temptation.

I’m not speaking of the Father only when I use the word ‘God’. I mean for you to intentionally think of the Trinity because every person of the Godhead is involved in this control over your life. So, let me lay that out:

What does it mean to say that He is in control of our circumstances?

To what degree is He in control of it all?

Here are three examples from Scripture to answer this question.

In Job 1:6-12 God gave Satan permission to kill Job’s children and destroy his businesses, effectively stripping him of any income. But notice that in verse 12 God does not allow Satan to touch Job’s body. However, in Job 2:1-6 God does allow it and Satan smites Job with a frightening illness.

So, we conclude from this that God allows Satan to do these things but He determines how much Satan is allowed to take.

We know that Joseph’s brothers sold him into slavery. Once a slave, we also know that he was falsely accused and imprisoned for 13 years. Now, when Joseph interprets all of these events in his life, listen to the way he describes them to his brothers: “As for you, you meant evil against me, but God meant it for good in order to bring about this present result, to preserve many people alive.” (Gen. 50:20)

When Joseph says God meant it for good, he implies that God had overriding and providential control over everything. God allowed his brothers to do what they did, at all times controlling the degree of Joseph’s sufferings, all the while intending to bring about the good we see the records end with.

In 2 Samuel 11 the Bible records David’s heinous acts of lust and fear and pride. He commits adultery, murders the husband and tries to cover up what he has done. Now, in 2 Samuel 12:9-12 God declares what He is about to do to discipline David. Notice specifically verses 10-12 which says, “Now therefore, the sword shall never depart from your house, because you have despised Me and have taken the wife of Uriah the Hittite to be your wife.”

Now take careful note of the “I will” in the following section.

“Thus says the Lord, ‘Behold, I will raise up evil against you from your own household; I will even take your wives before your eyes and give themto your companion, and he will lie with your wives in broad daylight. Indeed, you did it secretly, but I will do this thing before all Israel, and under the sun.’”

As painful and as difficult as all of these events were in the lives of God’s saints, we recognise that God was in complete control over them. He was orchestrating them so that He could bring about the ultimate good that He aimed through them.

This is good news for us because it means that whatever your situation, whatever the degree your boat is being tossed, God is orchestrating and controlling every ripple.

We turn to the book of Hebrews for insight here. The purpose of the letter to the Hebrews is to encourage believers to persevere in the faith. Coming to chapter 12 of this letter the writer does something to help his readers. He gives them a perspective that changes the way they look at their trials. This in turn will help them to persevere.

In verse 1 he begins by referring back to the list of believers in chapter 11 who all had to endure hardship while waiting for the fulfilment of God’s promises.  With regard to these believers he says the following:

“Therefore, since we have so great a cloud of witnesses surrounding us, let us also lay aside every encumbrance and the sin which so easily entangles us, and let us run with endurance the race that is set before us, fixing our eyes on Jesus, the author and perfecter of faith, who for the joy set before Him endured the cross, despising the shame, and has sat down at the right hand of the throne of God.” (Heb. 2:1-2).

“For consider Him who has endured such hostility by sinners against Himself, so that you will not grow weary and lose heart.”

The writer wants his readers to consider Jesus who endured hostility from sinners, referring to His trial and subsequent death. The reason he wants them to think about that is so that they will not grow weary and lose heart. This implies something about their own situation: They were also suffering hostility from sinners.

In chapter 10:32-34 the writer mentions some of the things they’ve suffered. He says, “But remember the former days, when, after being enlightened, you endured a great conflict of sufferings, partly by being made a public spectacle through reproaches and tribulations, and partly by becoming sharers with those who were so treated. For you showed sympathy to the prisoners and accepted joyfully the seizure of your property, knowing that you have for yourselves a better possession and a lasting one.”

If, as I take it to be, the audience was the early Jewish believers who endured the persecutions of Acts 3-12, then this group of people were enduring severe societal rejection. They were put out of the Synagogue, meaning they were not recognised as part of the orthodox community anymore. They lost their status. They were estranged from their families and friends. They lost their jobs and where now seen as part of a dissident group in the nation. Jesus had warned them that this would happen (Matt. 10:16-22).

But notice what the writer does in the rest of Hebrews 12:4-13. Starting in verse 4, he begins to give them a different perspective on these trials. He says, “You have not yet resisted to the point of shedding blood in your striving against sin”. Their main focus in enduring these sufferings was “striving against sin”. I believe this was their own sin and that of those who sinned against them. They were striving to respond to these trials like Jesus did to His. Instead of fear and unbelief, instead of bitterness and revenge, Jesus was full of faith. He was patient and kind, He forgave and blessed and prayed for His persecutors. Their striving against sin was their striving to be like Jesus in their trials.

The writer goes on to say, “and you have forgotten the exhortation which is addressed to you as sons, ‘My son, do not regard lightly the discipline of the Lord, nor faint when you are reproved by Him; for those whom the Lord loves He disciplines, and He scourges every son whom He receives.’ It is for discipline that you endure; God deals with you as with sons; for what son is there whom his father does not discipline?”

It is for discipline that you endure!

Think about that for a moment. The hardships and trails were not a consequence of their sin. Take note of that. Discipline is not retributive but corrective. In other words, God does things in our lives to correct us and not to judge us. In addition, these people did not have control over the things happening in their lives. And the writer says, endure them for the purpose of discipline. Or phrased differently: Endure them in order to be disciplined by them. And then he makes it even more personal. “God deals with you as with sons”, implying that these hardships are from Him. He is orchestrating them and His ultimate purpose is stated in verse 10, “so that we may share in His holiness”.

“All discipline for the moment seems not to be joyful, but sorrowful; yet to those who have been trained by it, afterwards it yields the peaceful fruit of righteousness. Therefore, strengthen the hands that are weak and the knees that are feeble, and make straight paths for your feet, so that the limb which is lame may not be put out of joint, but rather be healed” (Heb. 12:11-13).

This is a time for us to reflect on God’s loving control of our lives and His greater intention with them. Make a mental effort to grasp and hold fast the fact that He is in control. This will help you to stand with confidence in this time of temptation. Knowing that He is in control will also give you confidence to lay your burdens and fears and anxieties on Him. They are not merely happening to you. They are being orchestrated by the One who loves you. Peter says that God cares for you, therefore cast your burdens on Him (1 Pet. 5:7).

Lay hold of the fact that God is using your situation for the purpose of your discipline. You don’t have to fear it. I don’t say that lightly. The unknown is a frightening thing. Very few people can stand over the abyss and look into the darkness and not feel a pang of anxiety. But knowing that God is going down with you gives you confidence. He is in control and He will use it for your good if you will humble yourself to be trained by it.

Therefore, I pray that God may give you all spiritual insight so that you may be able to direct your thoughts into the love of God. May He give you grace to act faith no matter what your eyes may see, and may He make you a source of stability and comfort to those in your sphere of influence.

Topics: Biblical Thinking
« Contending without being contentious. Finding your refuge in God while the world seems to crumble »